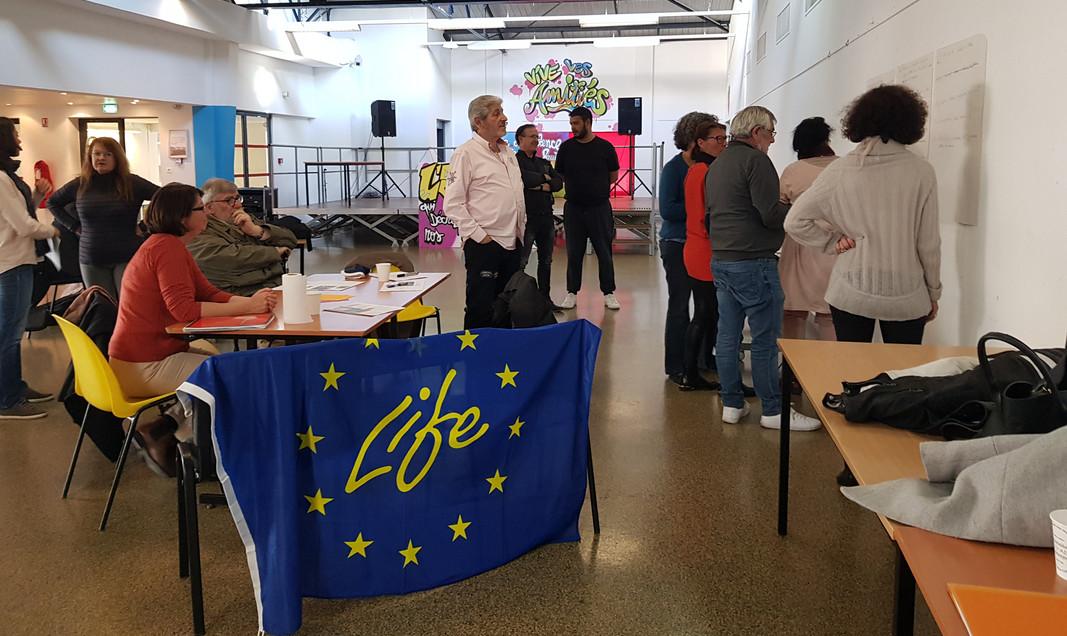 A look back at the first citizen exchange workshops and practical elected/technical workshops of the project, in words and pictures!

A look back at the first citizen exchange workshops and practical elected/technical workshops of the project, in words and images, because Nature for City LIFE is also brainstorming!

The project plans to organize two types of workshops to facilitate reflections on the presence of nature in cities based on concrete cases:

The three Metropolitan Partners of the LIFE project are responsible for the choice of documents and development projects concerned by the workshops.

The Aix-Marseille-Provence metropolis opened the ball at the end of 2018 by proposing to organize two elected technical workshops as part of the development of its future climate-air-energy plan (PCAEM), on the question "What services can nature bring to the city? ».

On October 22nd and December 3rd, avenues for reflection were identified and further developed to propose actions on the development of nature in cities for the future PCAEM of Aix-Marseille-Provence. The next meeting will be held during the final adoption of the plan in 2019....

In 2019, it is the turn of the Nice Côte d'Azur Metropolis to get to the heart of the matter. Two sites have been chosen to launch this action in the area, the Ariane district in Nice and the Commune of Carros.

On Ariane, two citizen exchange workshops were organised on 26 March and 04 April 2019. Each time, they brought together more than twenty residents of the district. In partnership with the City of Nice and in particular the departments in charge of biodiversity on the one hand and city policy on the other, these workshops made it possible to identify initial ideas on the appropriation by the services and residents of a certain number of neglected areas of the district to establish natural elements (tree plantations, shared gardens, etc.)

On Carros, it is the technicians and local elected officials who have been called upon to work on the issue of nature in the city. On March 26, a group of about fifteen people followed a "storytelling walk" around the city centre, crossing the elements of nature present in order to address questions relating to the presence of nature and the representations of the various actors on the issues and constraints related to it.

The sequel will soon be on Miramas, on April 25, during the "sustainable city" seminar!