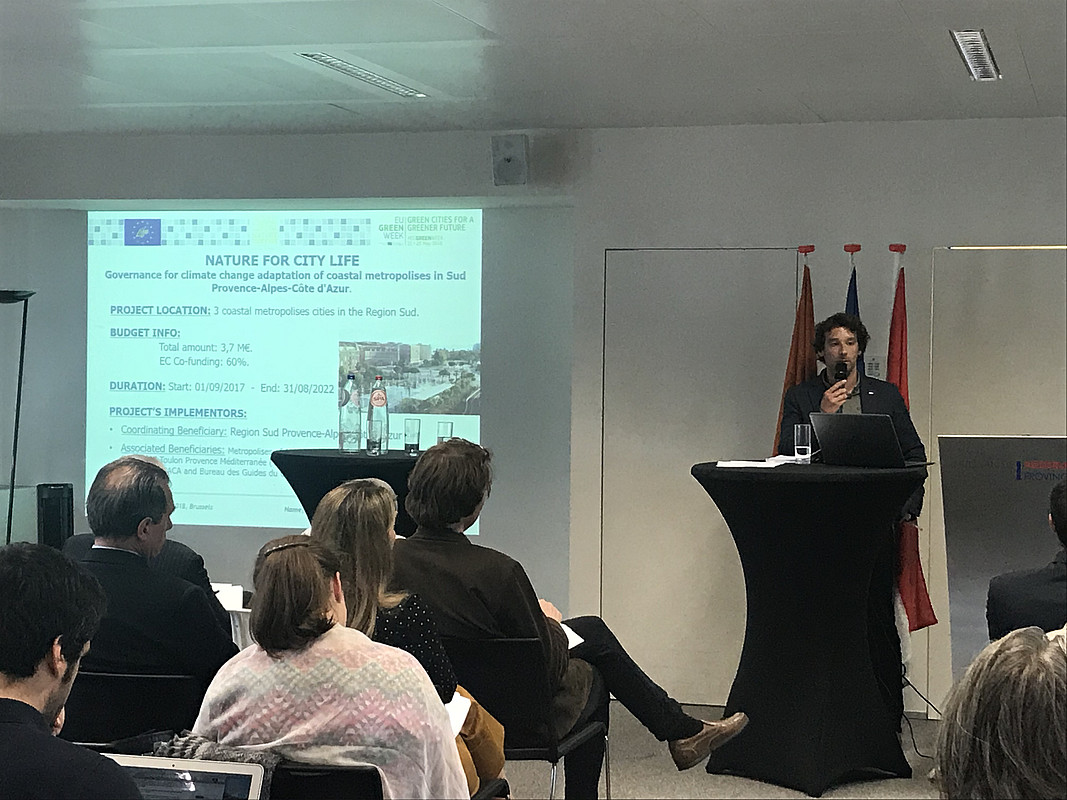 The South Provence-Alpes Côte d'Azur Region went to Brussels on 23 May to present the Nature for City LIFE project at the EU GREEN WEEK.

The South Provence-Alpes-Côte d'Azur Region was present at the EU GREEN WEEK on 23 May 2018 and participated in several thematic and exchange sessions organised today.
An "on the floor" presentation of the NATURE FOR CITY LIFE project was given during session 3.1. NATURE IN CITIES, high-level session where the different aspects of nature in cities and their associated services (well-being, adaptation to climate change, etc.) were exposed with the help of concrete cases.

The presentation of the NATURE FOR CITY LIFE project during this session highlighted the need and priority to convince elected officials, developers in the private and public sectors and the general public of the many advantages of nature in cities to organize the resilience of cities in the face of climate change. This priority is the main objective pursued within the NATURE FOR CITY LIFE project implemented through online courses (MOOC "nature in the city and climate"), training activities for elected officials from different communities, hybrid workshops between elected officials and technicians on planning documents, etc.

Other highlights of this EU GREEN WEEK day in which the Region participated included the participation in a "speed dating" session with several European cities in order to present and share good practices and develop potential partnerships. The Region has thus made contact with the cities of Lisbon (Portugal) and Nijmegen (Holland), dedicated "European green capital" in 2018, to be able to exchange more later and why not consider a participation in the project NATURE FOR CITY LIFE !

Finally, the NATURE FOR CITY LIFE project was presented as a platform at the event entitled "Building resilience to climate change: developing regional-urban approaches". This event, rich in content and representatives, was organised by the Conference of Peripheral Maritime Regions (CPMR) and ICLEI (Local Governments for Sustainability) as part of the Climate Task Force. Among those present were Elena Visnar-Malinovska, Head of DG Climate of the European Commission, Cees Loggen, Vice-President of the CPMR and Minister of the NOORD HOLLAND Region, but also DG Environment, the Polish Ministry of the Environment and many others!

The presentation of the project was welcomed by the representatives present and showed the interfaces that the South Provence-Alpes-Côte d'Azur Region is developing with the region's cities and metropolises to promote resilient approaches and infrastructures in the face of climate change.

Find all the contents, exchanges and photo reports of the Eu Green Week here. 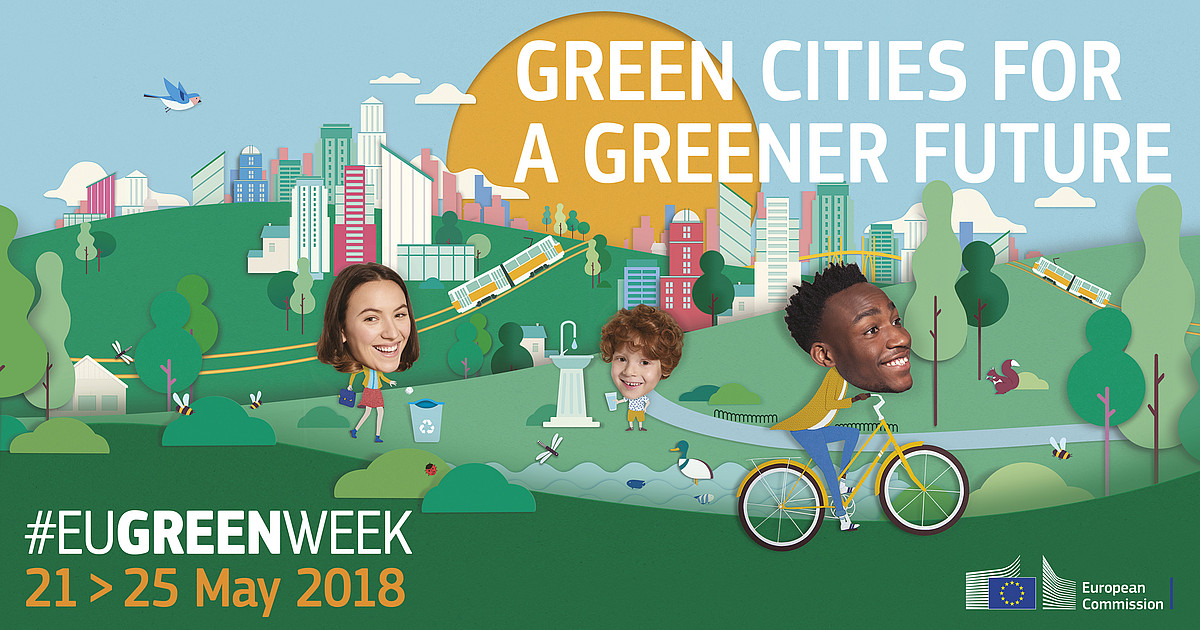