Review of the seminar "The landscape resources of the Etang de Berre". 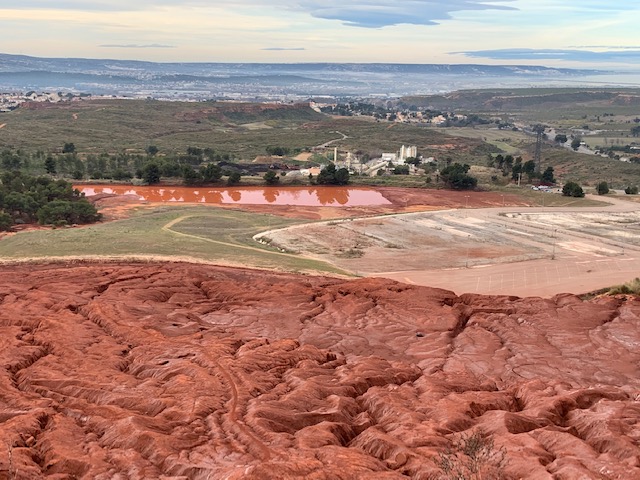 On January 28th and 29th, a two-day seminar was held on the landscape resources of the Etang de Berre Pond, organised as part of the POPSU AMP 4 programme (Platform for the Observation of Urban Projects and Strategies of the Aix-Marseille-Provence Metropolis).

The Etang de Berre area is at the heart of profound changes, linked to changes in production, industrial or energy systems and to global warming, which impact the social, tourist, economic and ecological value of this area, without this transition being accompanied or anticipated in a global manner. On the basis of this postulate, the researchers brought together in the POPSU are questioning the driving role of action by the landscape in its link to the living world in order to provide information on a development model that produces a quality of habitability at the interface of questions of attractiveness, health and ecological quality by relying on the resources of its landscapes.

Organised in two parts, field and theory, the seminar, developed with the support of the Nature For City LIFE project, began with a tour of the Plateau de l'Arbois, then along the Cadière river from its source to its outlet in the Bolmon pond in Marignane, with walking artists from the Guide Bureau. In one day, and 12 km, this walk allowed a confrontation with the landscapes of the south-east of the Etang de Berre, mixing inhabited, occupied, forgotten and sacrificed spaces... by raising their ecological and heritage issues, and posing the future challenges of development and preservation in a context of climatic and economic adaptation.

The following day, after a reminder of the challenges of the territory by Sylvie Lassalle, Catherine Keller of the European Centre for Research and Teaching of Environmental Geosciences (Cerege) set out the elements of a debate on soils and their multifunctionality by presenting several projects, including the MUSE project which seeks to develop the integration of the multifunctionality of soils in urban planning documents. The morning ended with a presentation of the Vallée de la Chimie by Julien Hahaie, director of the Vallée de la chimie mission and Bertrand Vignal of the BASE agency.