The follow-up to the Nature for City LIFE project: the After LIFE plan 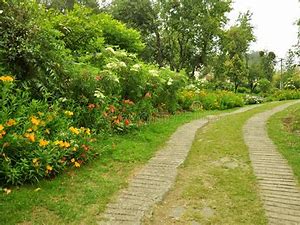 But the adventure does not stop there!  Indeed, the Grant Agreement provides for the realization of an After LIFE plan in 2022 whose actions will have to last for at least 5 years. Thus, the Southern Region, coordinator of the project, has worked with its partners to develop and adopt an After-LIFE plan that will allow the continuation of certain LIFE actions as well as the implementation of new actions for at least 5 years (2023/2027).

In this respect, the South Region and its partners wish to support several actions which they consider essential to ensure that the awareness and information of the various actors on the issues of nature in the city and adaptation to climate change are sustained over time. These include climate monitoring, socio-economic monitoring, itinerancy, training for elected officials, the MOOC and training for elected officials.

A steering committee meeting in October, followed by the vote on a regional resolution in December, will make it possible to adopt this collective roadmap aimed at consolidating the objectives of the project for sustainable cities over time.