A first day of training for elected officials was held live on 28 September in Avignon.

Organised by the ARBE, which will implement it for the duration of the project, this day brought together various elected officials and technicians from the towns of Avignon, Gignac la Nerthe, Saint Chamas...

Although Avignon is outside the scope of the project (the 3 regional metropolises), it has had an ambitious policy on this subject for many years and was awarded the title of Regional Capital of Biodiversity in 2018 and then labelled "Territory committed to nature" in 2019.

The participants in this training were welcomed by the city's elected representatives and technical services who presented the various tools implemented, such as the biodiversity atlas and the territorial climate and energy plan.

Following this theoretical session, a field visit was made to the "Edible Green Corridor" which links the city centre to the Rhône/Duranne confluence area, passing through neighbourhoods supported by schemes such as the ANRU (National Urban Renewal Agency) and roads abandoned by the SNCF (French national railway company) and used as a cycle path ( Canal path : Feedback sheet Avignon canaux). After a lunch in the sun at the TIPi urban farm, part of this green corridor which also passes through the Scheppler primary school.  Its courtyard has been dewatered during the summer, following a mobilisation effort led by a sociologist, the teaching staff, the pupils and the city's technical teams. This year, Avignon plans to work with three other schools on this subject. 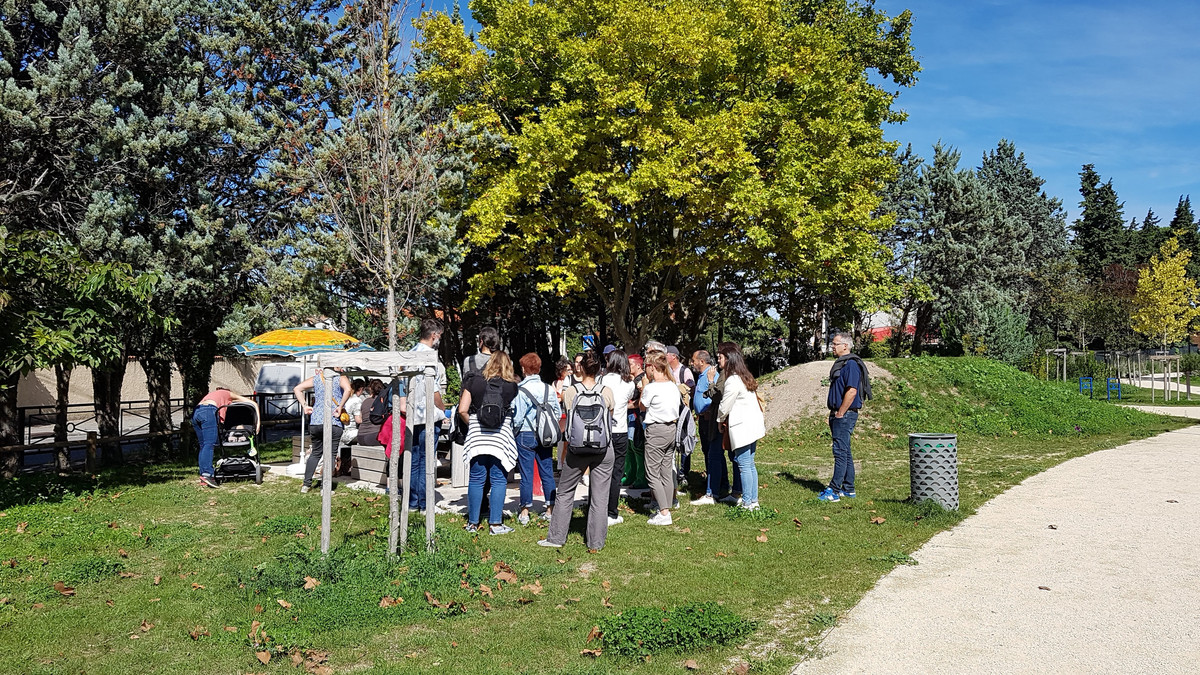